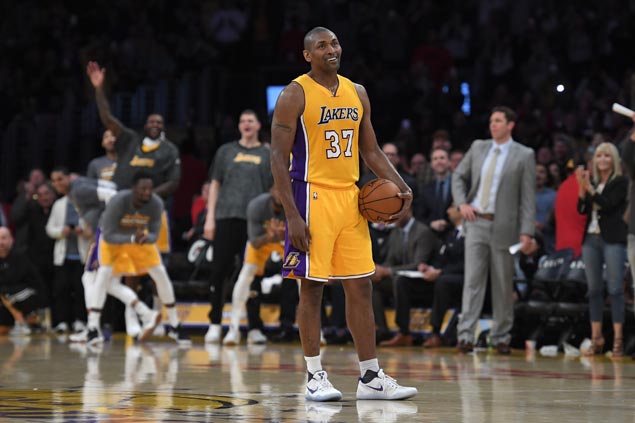 METTA World Peace announced that he is set to visit the Philippines for the first time on August 11.

“I’m finally going to Manilla, Philippines.. August 11th.. 1st time ever…” he wrote on his tweet.

No other details on his trip to Manila, however, have been made public as of posting time.

The 37-year-old forward played for the Los Angeles Lakers last season, averaging career lows in minutes played and production with just 2.3 points on 6.4 minutes per game in 25 games. Still, he has not declared his intentions of retiring although he remains unsigned.

The mercurial World Peace has played for six NBA teams in 17 seasons, winning his lone championship with the Lakers in 2010. He has also had stints in Italy and China, but has curiously never been to the Philippines.